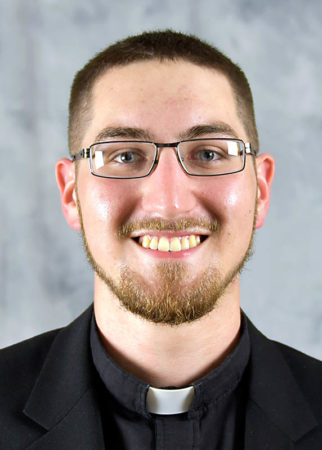 I grew up in a family of seven, with an older brother who is already a priest for the diocese of Gary (Fr. Benjamin Ross), two older sisters who are married, two younger sisters, and a younger brother. What draws me to the priesthood is sacrifice, totally laying down one’s life to God in the service of His Church.

Both my uncle and brother who are priests have been influential in my life, as well as my mother who always inspired a sense of vocation to me growing up—first ask the Lord what He wants you to be when you’re older.

One of my favorite scripture passages is from the Gospel of Mark where a man asks Jesus to cast out from his son an unclean spirit. Jesus states, “All things are possible to him who believes,” and the father responds, “I believe; help my unbelief” (Mk 9: 23-24).